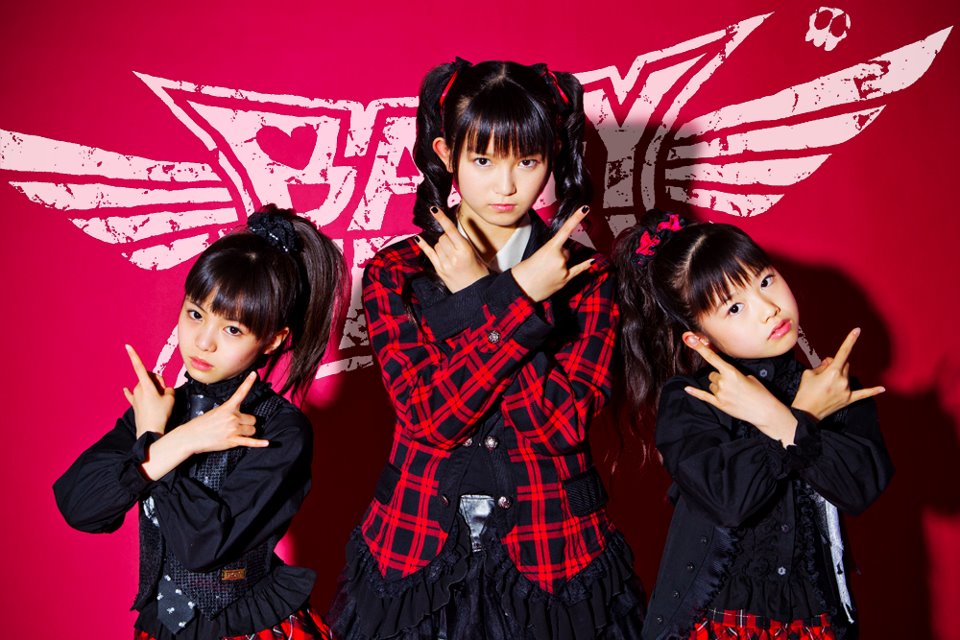 The teenage girl band Babymetal, who have been endorsed by Metallica and have shared the stage with Iron Maiden and Lady Gaga have swept Japan with their unique blend of Japanese J-Pop and Heavy metal. BabyMetal also recently went on a world tour selling out shows in Paris and Cologne, Babymetal also made their debut appearance in the United Kingdom at the Sonisphere Festival 2014. They performed on the main Apollo stage alongside bands such as Deftones, and Iron Maiden

The band defines its style as a new genre called “kawaii metal” (meaning “cute”) and clarifies that it is “a mix of J-pop and heavy metal”. In the music press, the group is most commonly associated with the genres death metal, heavy metal and J-pop, but some of their songs has been classified as symphonic death metal (“Babymetal Death“) and melodic speed metal (“ijime, Dame, Zettai“), and their edgy sound have been likened to electronicore(“Ii ne!“). Former heavy metal guitarist Marty Friedman has also described the band as sounding “like Meshuggah with J-pop on top.”

Before the trio formed, they previously had no experience of the metal genre. Yuimetal admitted that beforehand the concept of heavy metal actually scared her, but later stated that “It’s fun and I see why people enjoy it so much! I still don’t completely understand it, but I’m interested.”

Patrick St. Michel from MTV 81 praises the “pure, headbang-inducing energy” of the group’s live performances and describes their style as a mixture of “…seemingly disparate sounds of heavy metal and idol pop, creating music anchored both by throat-mauling screeches and cuddly choruses.”