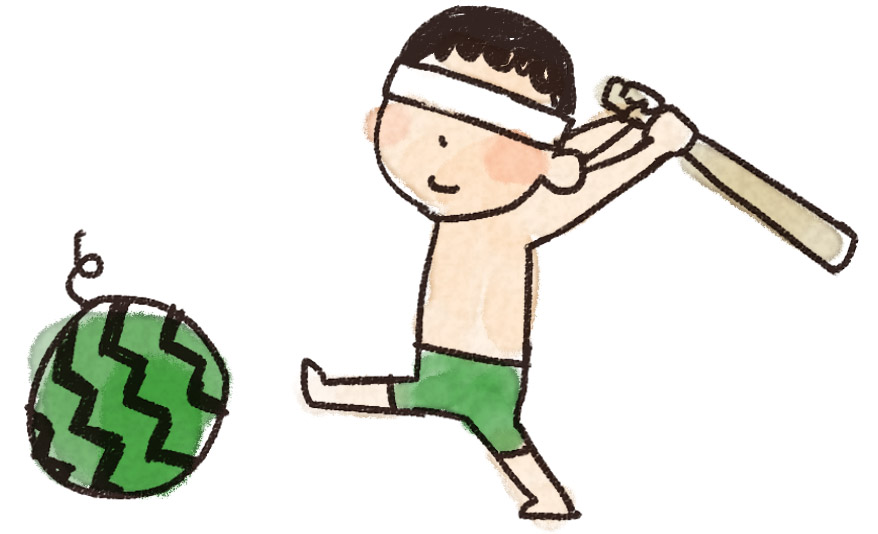 There even exists the Japan Suika-Wari Association (JSWA), and they state official rules for Suika-wari!

First, blind yourself with a towel or some sort of blindfold, hold the stick, rotate at least 3 times by using your stick as a pivot, then try to approach the watermelon placed about 5 m away by relying on your friends advice, and smash the watermelon! Easy

Suika Wari on the beach or at a picnic

The Japan Suika-Wari Association (JSWA), established by the Japan Agricultural Cooperative (JA), established a set of rules in 1991 governing the game. The JSWA was created by the JA to increase consumption of watermelon. The rules established were as follows: