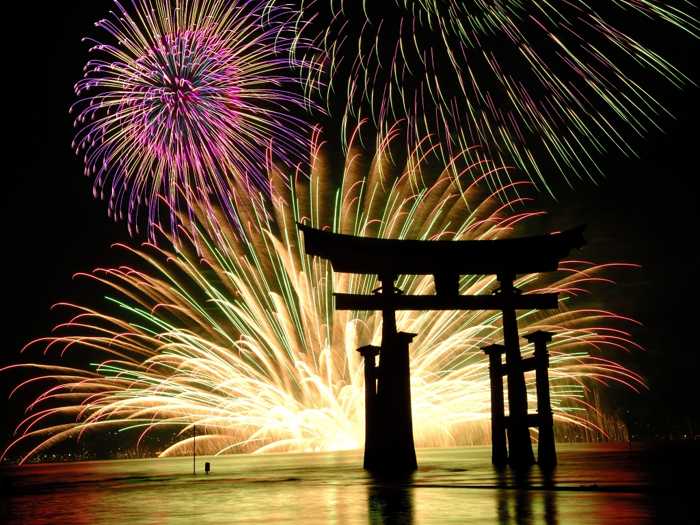 The first three days of the new year are very special for the Japanese. The First 3 days of a new year are called “Sanganichi” and family members and other relatives get together and eat Japanese traditional dishes, and go to a shrine to pray for luck during the new year. The celebrations are very similar in nature to what we might think of what we as westerners do at Christmas. Although the Japanese don’t have a government mandated Christmas holiday, most Japanese office workers generally have days off during the New Year holidays.

Japanese New Year celebrations have many similarities with what we do in western countries like Australia, but also participate in a few other traditions that you might not know about.

New Year itself is called ‘Shōgatsu’ and has been celebrated in Japan since the introduction of the gregorian calendar in 1873. Before then the traditional New Year begins as it does in China, on the Chinese New Year.

It’s traditional for the Japanese to wake early on the first of January to greet the first sunrise of the New Year and eat a special selection of dishes during the New Year celebration called ‘osechi-ryōri’, usually shortened to ‘osechi’. This consists of boiled seaweed (kindu), fish cakes (kamaboku), mashed sweet potato with chestnut (kurikinton), simmered burdock root (kinpira gobō), and sweetened black soybeans (kuromame) which are all nicer than they sound!

As it’s winter in Japan during the new year celebrations, much of the country is covered in snow, so making the pilgrimage to the local shrine or temple, often in the middle of the night of December 31st, can be quite difficult. At midnight on December 31, Buddhist temples all over Japan ring their bells a total of 108 times, a practise known as ‘joyanokane’, to symbolize the 108 human sins in Buddhist belief. Many Japanese believe that the ringing of bells can rid themselves of their sins from the previous year.

Amongst other ancient and not-so-ancient traditions, there is a rather quirky tradition that the Japanese like to participate in, and that is the enjoyment of Beethoven’s Ninth Symphony.

The Ninth was introduced to Japan by German prisoners-of-war held in Japan during World War 1. Japanese orchestras, notably the NHK Symphony Orchestra, began performing the symphony in 1925 and have been related to New Year celebrations since.