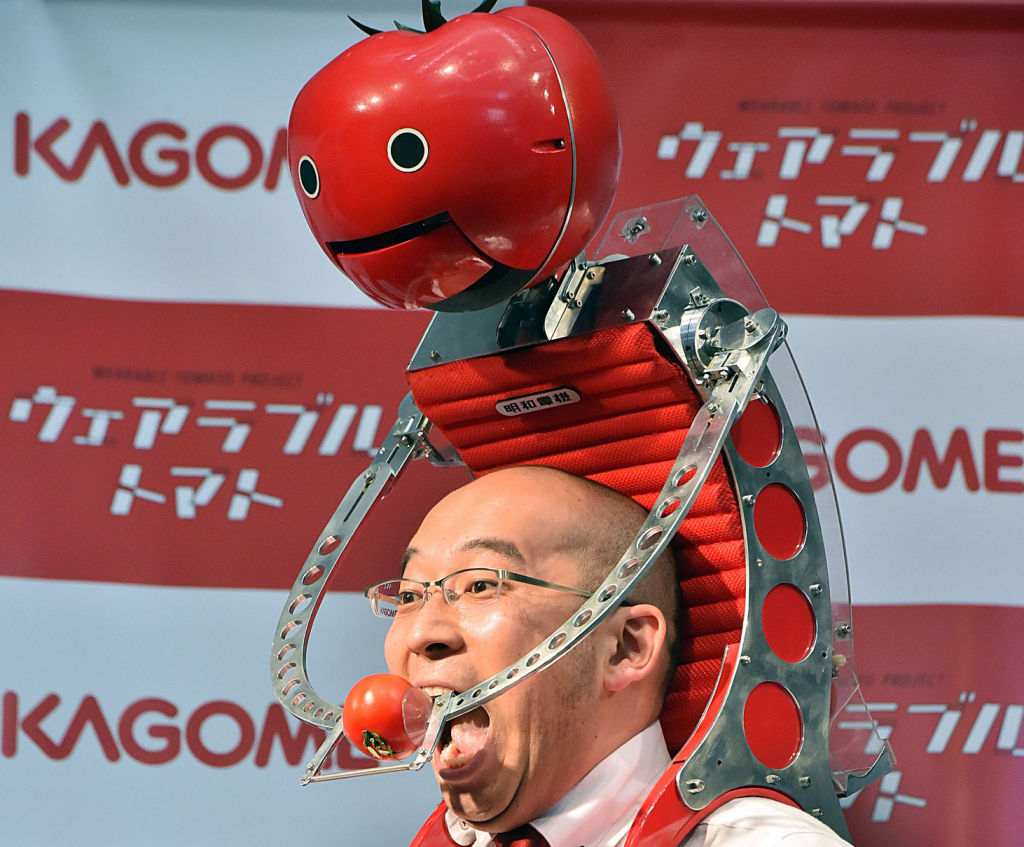 Developed by the vegetable juice company Kagome, largely famed for it’s tomato products in Australia, the Tomatan is a backpack that can be loaded with six mid sized tomatoes — enough, say the makers, to power runners through this weekend’s Tokyo Marathon.

The Tomatan is a wearable tomato dispensing device that looks like a small humanoid robot, with a tomato for a head, and sits on an athlete’s shoulders. Tugging a tiny lever in the foot moves the arms to catch a tomato from the dispensing chute. The arms then rotate the fruit over the runner’s head and hold it in front of his mouth.

“Tomatoes have lots of nutrition that combats fatigue,”

The Tomatan tomato dispenser isn’t an attempt at creating a new device to take seriously by athletes while running a marathon, more as a marketing ploy by the Kagome corporation to market their tomatoes while using a recognizable mascot in Tomatan, the tomato dispenser. The device was really created to draw attention to their runner who would no doubt be the only athlete running in the marathon eating tomatoes from their own personal tomato dispenser on their back.

Despite its 8-kg weight, Kagome’s Tosa Suzuki said he will wear the device for a 5-km fun run on Saturday.

“I will run by his side carrying my tools, just like an F1 mechanic,”

In Sunday’s full Tokyo Marathon, a runner from Kagome will participate with a lighter wearable tomato machine — the Petit-Tomatan — which weighs only about 3 kg, Suzuki said.

Images from The Japan Times