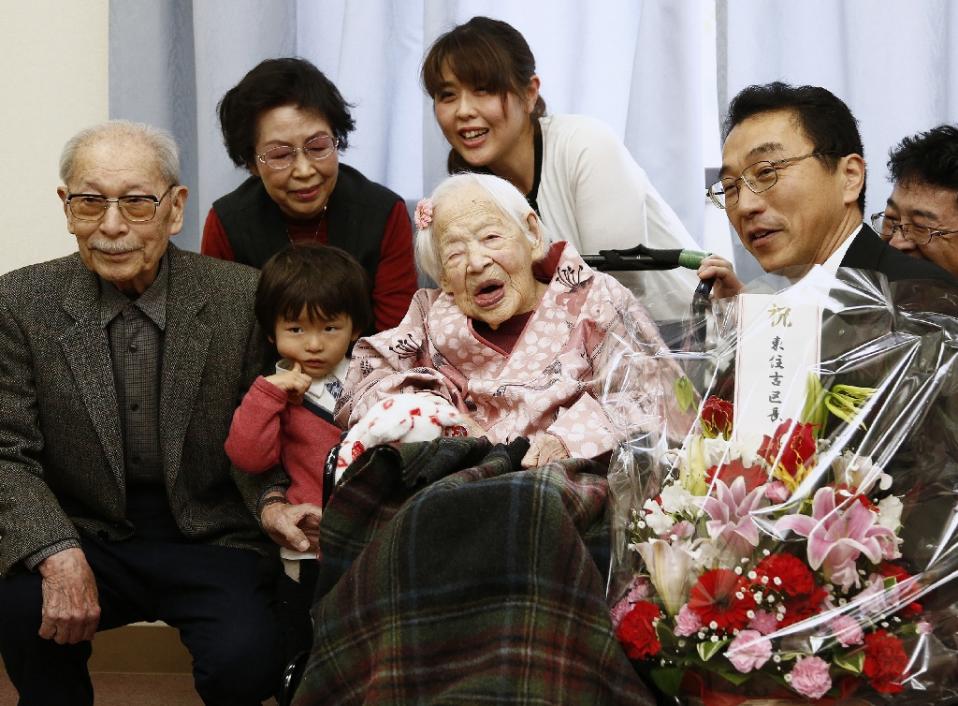 The world’s oldest person, Misao Okawa, has died in Japan a month after celebrating her 117th birthday. Ms Okawa — a mother of three, grandmother of four and great-grandmother of six — was one of only a handful of people still alive who had been born in the 19th century.

She was already a teenager when World War I broke out and in her 70s by the time of the first moon landing.

When she turned 114, she was officially recognised by Guinness World Records as the world’s oldest person.

Japan, known for the longevity of its people, is home to the world’s oldest man — Sakari Momoi, who celebrated his 112th birthday in February.

In 2013 life expectancy for women in Japan was 86.61, the longest in the world, followed by Hong Kong women, according to the health ministry.

Japan’s oldest person is now a 115-year-old Tokyo woman, according to the Ministry of Health, Labor and Welfare. The name of the woman, who was born March 15, 1900, was not released at the request of her family, the ministry said.

Japan has the most centenarians (people aged 100 or over) in the world, with more than 58,000, according to the government. About 87 percent of them are women.