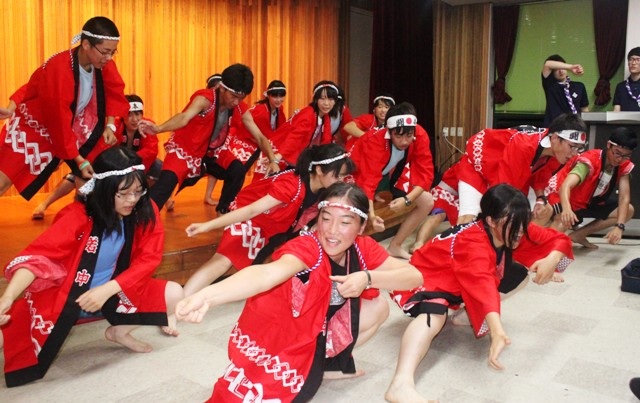 The soran bushi is perhaps the most famous of Japanese folk dances. Usually accompanied by the Bon dance as part of the Obon festival of the dead, the soran bushi is a dance that’s meant to encourage local fishermen in their catch.

The movements in the dance includes scenes of crashing waves, fishermen pulling in nets and ropes and lifting luggage. The dance is taught as part of Japanese school curriculum.

Below is a video of a school group performing the dance on stage.

To learn the Soran Bushi dance, you can follow the simple step by step instructions from the video below