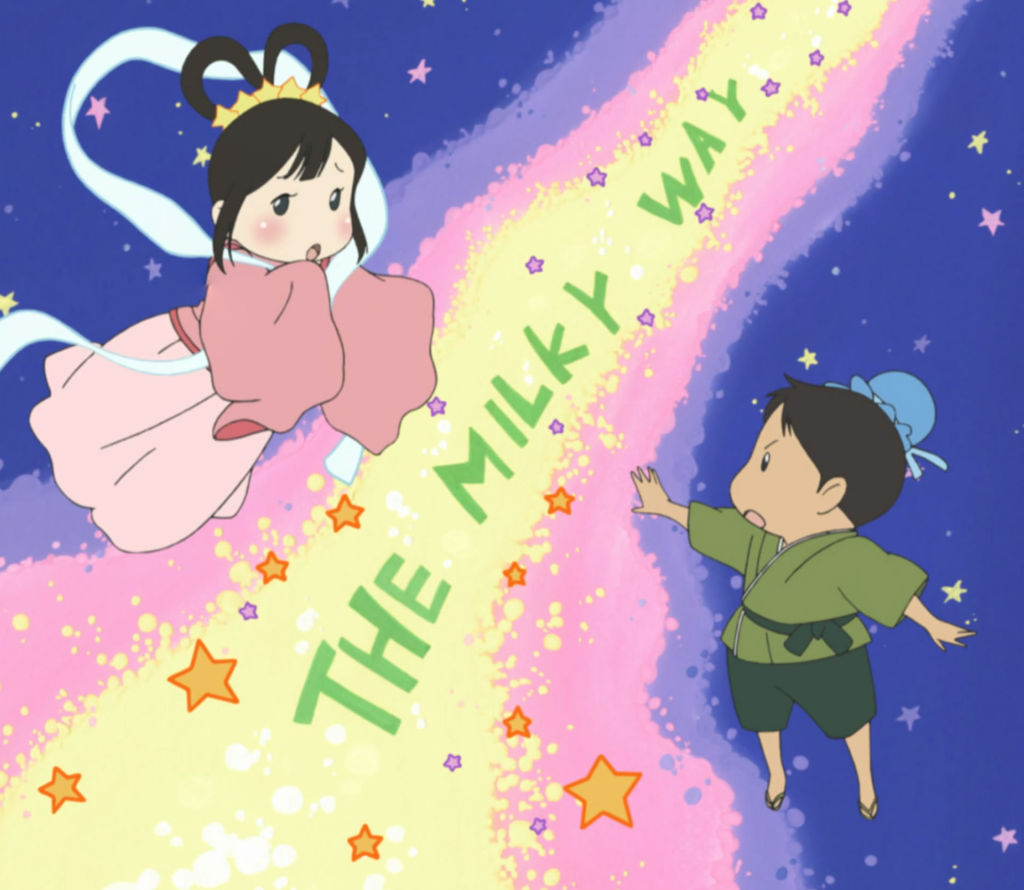 Tanabata (七夕, meaning “Evening of the seventh”), also known as the Star Festival, is a Japanese festival originating from the Chinese Qixi Festival. It celebrates the meeting of the deities Orihime and Hikoboshi (represented by the stars Vega and Altair respectively). According to legend, the Milky Way separates these lovers, and they are allowed to meet only once a year on the seventh day of the seventh lunar month.

The festival was imported to Japan by the Empress Kōken in 755. The festival gained popularity amongst the general public by the early Edo period, when it became mixed with various Obon or Bon traditions and developed into the modern Tanabata festival.

The name Tanabata is remotely related to the Japanese reading of the Kanji (Chinese characters) 七夕, which used to be read as “Shichiseki”.

The Tanabata story is based on two gods who fell in love, but due to this love shirked their duties and was punished for it. As a result they were exiled from one another, one on each side of the Milky Way, or as in the version below ‘Amanogawa’. The following version of the story is a simplified version suitable for short viewing in class.

In present-day Japan, people generally celebrate this day by writing wishes, sometimes in the form of poetry, on small pieces of paper, and hanging them on bamboo, sometimes with other decorations. The bamboo and decorations are often set afloat on a river or burned after the festival, around midnight or on the next day. This resembles the custom of floating paper ships and candles on rivers during Obon.

Large-scale Tanabata festivals are held in many places in Japan, mainly along shopping malls and streets, which are decorated with large, colorful streamers. The most famous Tanabata festival is held in Sendai from August 6 to August 8.

The following video is of a Tanabata festival amongst the streets where I used to live in a town called Kawaguchi, just north of Tokyo.