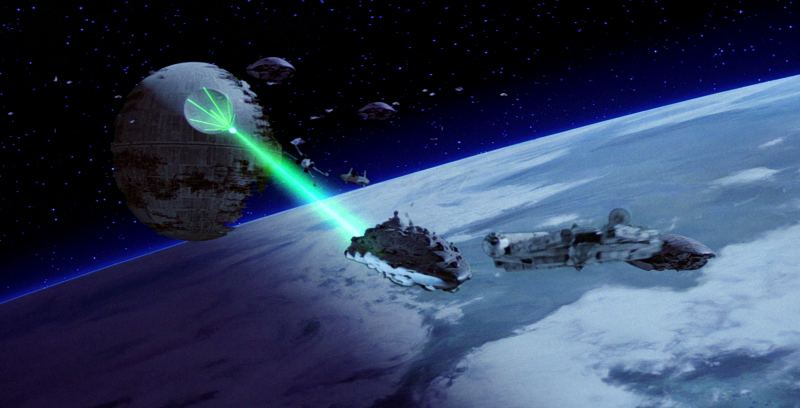 Most powerful laser in the world fired by Japanese scientists

No, it doesn’t look anything like the above image which is actually a film still from Star Wars, but something rather more boring as in the image below. However, Japanese scientists from Osaka University recently fired the most powerful laser on the planet: a 2 petawatt pulse, that’s 2 quadrillion watts. That’s a 2 followed by 1,000,000,000,000,000 zeros. That’s a number really hard to understand, so lets try to put that into perspective, here is a picture of 1 quadrillion US dollars., notice the jumbo jet sitting on a soccer field next to the gigantic pile.

Despite how powerful this laser was however, it only used the same amount of energy to fire as a normal microwave oven does in 2 seconds as it only held it’s top power for a pico second, and that’s 1 trillionth of a second. So a very VERY small amount of time. The amount of energy concentrated in this short amount of time however is equivalent to 1,000 times the entire world’s electricity consumption. That’s a lot of light bulbs.

The development of lasers has many different uses in our modern world including data transmission using the internet, surgery, measuring distances and many other uses. Currently The United States uses a laser based weapons system to protect against incoming missiles.