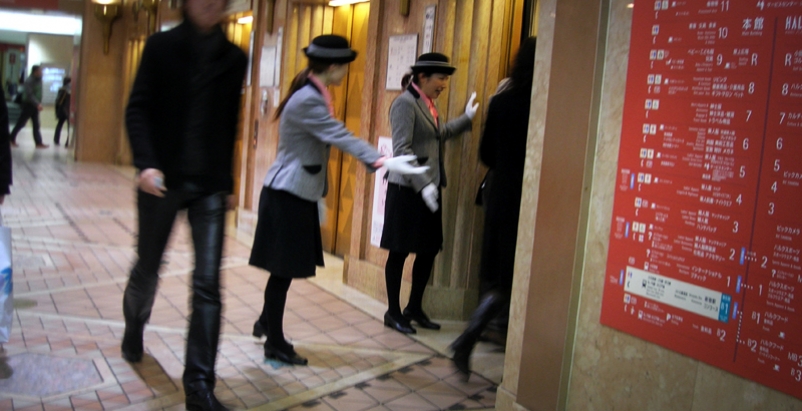 Putting toilets in elevators may seem like a horrible idea to most people, particularly those of us who live in a place like Australia, where space does not come at too much of a premium… at least when compared to Japan. Japan’s cities are chock full of very large skyscrapers which are in turn serviced by thousands of elevators. If a large earthquake struck, and people were stuck in those elevators, what could happen?

The Japanese are famous for the type of ingenuity we may think can be a step too far, but really it’s a health and safety feature that the Japanese feel is required in the earth-quake prone country.

According to Kyodo, the Japanese government called meetings with the country’s elevator industry to discuss the idea after a magnitude-8.1 earthquake struck south of Tokyo on Saturday evening, causing about 19,000 elevators in the city and nearby to stop working. People were trapped in 14 elevators and it took 70 minutes to rescue some of them. If a larger earthquake strikes, the problem could be far, far worse. In light of the practical problems caused by being stuck in an elevator for so long, the Japanese government began looking into installing water and toilet facilities in all elevators.

Japan’s elevator industry is among the most advanced in the world – Japanese companies engineer some of the world’s fastest elevators, for example. Its toilet industry also leads the world in technical advancements. As The Washington Post’s Anna Fifield recently explained, upscale Japanese toilets come with features such as “bidet, seat-warmer, sterilizing and deodorizing functions, and electronic flushing.” So putting toilets in elevators should be a piece of cake for a country who leads the world in these two areas.