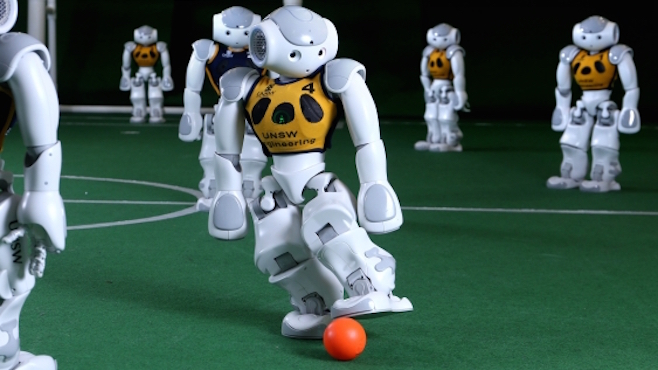 A team of soccer-playing Australian robots and their human programmers have won the RoboCup robot soccer tournament for the second year in a row after defeating a German team 3-1.

In the Standard Platform League, which the Australian team won in, all teams use identical (i.e., standard) robots, allowing the teams concentrate on software development rather than the mechanics of robots. The robots operate fully autonomously otherwise, with the programmers focusing on Artificial Intelligence.

The League began as the Sony Four-Legged League in 1999 using the Sony AIBO as the primary robot. Designed in Japan by Sony, the robot had 4 legs and looked like a dog. Now the Aldebaran Robotics humanoid NAO is used. The NAO is developed by Aldebaran Robotics, a French robotics company headquartered in Paris.