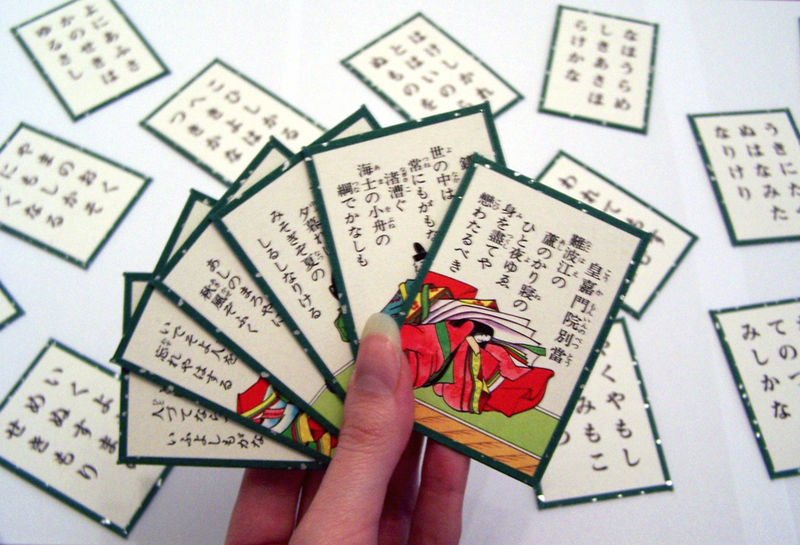 Karuta is a Japanese card game developed about 400 years ago to amuse noble ladies of the court who were not allowed to venture outside their castle walls. As you can imagine sitting behind castle walls forever gives you a lot of time to explore hobbies or develop games, especially if there were no such things as Nintendo DSs around eh?

We in Australia might recognise the game of Karuta as ‘snap’ where the players need to snap or smack their hands on the correct flash card the umpire, or teacher calls out. But the traditional game is played quite differently and there are a few different types of the game.

The most famous and perhaps most entertaining of karuta is probably uta-garata or literally ‘poem cards’ where the players listen to a person singing a poem and they need to slap out the two cards needed to complete the poem. This type of karuta is used in competitions.  The Japan national championship tournament is held every January at Omi shrine, in Otsu, Shiga.

There are quite a few different types of karuta, including the Obake version where players use card decorated by traditional Japanese monsters or ‘obake’ labelled with the starting hiragana character of their name.